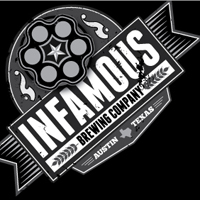 As soon as the TABC licensing process comes to an end, Zack Perry and Josh Horowitz, co-founders of Infamous Brewing will release their first original beers, an amber and a cream ale. Perry, whose background is in investment banking, says it was serendipity that connected him with Horowitz, one night in New York City last September (2011) at a bar called the Hairy Monk. “Both of us were ‘locals’ at the bar, just at different times. Unknowingly, we were sitting right next to each other at the bar and having separate conversations. One of our favorite bartenders came up to both of us and asked us if we knew each other. We said that we did not and she returned with two glasses of Jameson and said, ‘You two should talk.’”